Is It Possible to Generate Electricity From the Exhaust Fumes of Vehicles?

Home/Detroit Electric/Is It Possible to Generate Electricity From the Exhaust Fumes of Vehicles?
Previous Next

Is It Possible to Generate Electricity From the Exhaust Fumes of Vehicles? 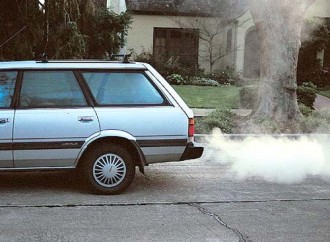 Machines have been in use for centuries to help man to do his work. All these machines needed some form of energy. The nature itself provides different sources of energy which man has already put to different uses.

Another natural source of energy is wind. The force of wind is utilized to work water pumps and to produce electricity. Energy from the sun has been traditionally used to do a number of jobs like growing food and drying clothes.

Our modern technology has made it possible to produce electricity from sunlight. Water, wind and sunlight are renewable sources of energy and they are free gifts of nature.

The law of energy states that energy can be converted from one form to another but it cannot be created. According to this law, whatever energy we use to do any work comes from another source.

When we analyze deeper, we find that the sun is the only source of all forms of energy. The fossil fuels which we burn to power automobiles got their energy from the sun. When gasoline in used in an automobile, only a tiny portion of energy stored in the fuel is used to power the vehicle and the rest of the energy in the fuel is wasted in the form of heat, gases and soot.

This fact can be proved if we compare the mass of waste materials present in automobile exhaust and the mass of fuel input. Heat, which is a bye product of burning fuel in an automobile, is put to different uses. In winter, heat from the engine is used to warm the inside of the vehicle and to make the passengers feel comfortable.

There are devices which can tap the heat energy from the vehicle engine to cook food. A turbocharger, which increases the efficiency of a vehicle, is powered by the wasted heat and gases from the vehicles exhaust.

A turbocharger works with the energy wasted by an automobile whereas a supercharger takes a considerable amount of power from the vehicle’s engine. If a turbocharger can be charged with the help of the exhaust fume and heat released by a vehicle’s engine, it sounds absolutely possible to work a generator from the same fumes and heat to produce electricity.

The electricity thus produced can be stored in deep cycle batteries as DC. The exhaust fume will be powerful enough to turn the shaft of the generator. In the olden days, the engine had to work more to supply power to the generator shaft to turn to produce electricity for the headlights on. Using headlights meant more work for the engine and a corresponding increase in fuel consumed.

A study conducted by someone revealed that a country could save substantial amount of fuel if no vehicles were permitted to run at night using headlights. Electricity can only be produced at a cost and if cheap alternatives sources are not discovered, the cost of producing electricity can be much higher than the return from electricity.