What The General Public Feel About Rising Gasoline Prices

What The General Public Feel About Rising Gasoline Prices

A trend that has been noticed is that gasoline prices tend to shoot up sharply just before the onset of summer every year. I have made a quick survey among my blog readers to check out whether this is an issue and found that most people are aware of this and are upset by it.

When I asked my readers whether the increase in the price of gasoline affected their daily living, I was surprised at the various replies which I got. That people feel badly about this issue is a given. Let me share what some of the people had to say about this problem and its impact on their lives. 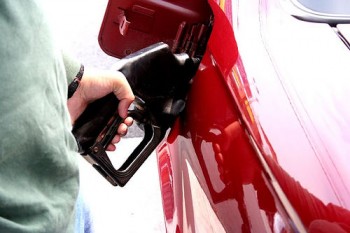 1) Generally, people are more careful about their household expenses, but even so, this increase in gasoline price has made a huge dent in their budget and they feel bad that they may have to deny their kids extra-curricular activities because of this.

2) They do what is the bare necessity in terms of spending. They buy the groceries, medicines and pay all the usual household bills as well as buy gas for the car.

In spite of being so careful, they find themselves short of funds. They are distraught about how they are going to manage everything under such circumstances.

3) Instead of just increasing the price of gasoline every now and then, they wish the government could take some smart measures to solve this problem once and for all. In the end, it is the citizens who suffer.

Some analysts have suggested that everyone could cut down use of at least one gallon of gas to reduce the problem, but they feel that this is not really going to help their situation.

4) They have decided to forego their yearly vacation to some nice destination this year because they simply cannot afford to buy expensive airline tickets and still have enough left over to enjoy the vacation. They will go to places nearby and keep it simple and inexpensive.

5) They have started to use the public transport system to cut down expenses but even so, the rise in price of gas causes a corresponding increase in the cost of other products and so they are still considerably affected.

Recently people started circulating emails asking people to boycott purchasing fuel on a particular date to send a harsh message to the oil companies who are indiscriminately increasing the price of gasoline without considering the impact on the middle class.

Some have decided to comply and when they went over the next day to fill gas in their vehicle, they found that the price had gone up further by five cents. Obviously, the oil companies did not get the message.

We’ve been hearing that many refineries have been affected by hurricanes Katrina and Rita and other issues and problems that they have.

But people are suffering tremendously and they have started to hear reports of people filling up gas in their cars and simply driving off without paying to show their ire. While they may not be able to appreciate their rationale for the rising prices of gasoline, this kind of ‘drive off’ will not really help.

All that will happen is that the employees of that particular gas station will be chucked out of their jobs for not being more vigilant.

Employees have no control over the price issue and they will end up suffering financially if we do unfair things of this kind. Let us stop feeling defeated. Instead, let’s take some smart and proactive measures to beat the rising cost of living.

Let us look at all the ways we may be wasting energy, food and water and cut that as a first step. The next step should be to actively do what we can by way of conserving the soil, water and air quality as this is most important.

We must control the way we go out garbage disposal or disposal of toxic wastes as these ruin the environment in which we live and ultimately it is we who will be paying for it. After all if we keep on depleting all the world’s resources without replenishing them, what will be left for our future generations?