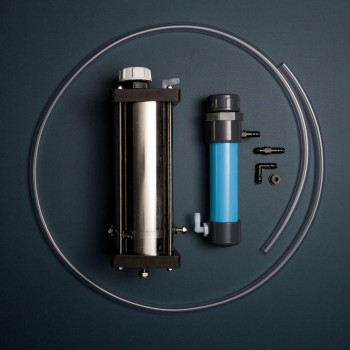 The gasoline price has been on the rise for the past few years and you can’t expect it to come down significantly in the near future. With the ever increasing gas price, people now are on the lookout for ways to increase the fuel-efficiency of their vehicles.

Some are looking for alternative energy vehicles like solar cars and the hybrid ones. Amidst the commotion a new group called “hypermilers” has emerged. These guys are ready to go to any extent to increase their vehicle mileage. They even boast astonishing results such as getting 40 mpg from a car that has an average mpg of just 27.

The need for better mileage has opened doors for the myths and scams to make a comeback. The old fashion scams that claim extraordinary results are now back in the industry. Now they are everywhere with great deals such as “Double up your mileage for just $20”. If it sounds too good to be true, then it probably is.

Almost all of these mileage increasing devices or oils won’t work. They are not really interested in increasing the mileage, the only thing they want is the money in your wallet. It seems these guys have been here ever since gasoline was discovered.

Some of the tricks even date back as far as the Second World War. Some companies have come up with certain secret additives which they claim will save you a lot of money. Environmental Protection Agency has warned off people saying that all these products are scams and is a mere wastage of money.

The EPA has already conducted tests on products and gadgets that claim extraordinary results and found nothing convincing. Most of the so called ‘Mileage Boosters’ come into two categories, either gadgets or additives.

Most common ones are the liquid additives that are meant to be added to the gas tank. They say these additives will alter the molecular structure of gasoline thereby saving fuel.

Another category is the gadgets which claim to pump more air into the carburetor and increase the efficiency. How stupid isn’t it? Even though the EPA has issued warnings, these myths still find some space to survive and a simple Google search will give you thousands of sites that have fuel saving products on sale.

The price ranges from $20-$200 and some sites even use fake EPA certification to sell their products. The EPA and U.S Federal Government have made it very clear that they haven’t certified any of those products. If these products were legit, the automobile manufacturers themselves would have installed it for you.

It is highly recommended that you should not buy any such products even though they come with a price tag of just $20. Because if you do, you might end up having an engine damage. The best thing you could do is to join the “Hypermilers” family.

They seem to have great results and there are people who actually got double the average mileage. Their technique is pretty simple and easy to execute, such as coasting until the car runs out of acceleration.

If you are looking to save money on your gasoline bill, why not consider converting your gas guzzler to a pure electric car in your garage. If you are good with hand tool and you understand the inner workings of an automobile, what you’ll need is an electric car conversion guide to get you started.